Last week I got a notification that Paragraph Film Reviews had made it to five years old – which officially makes this one of the few things I’ve stuck at for more than a week – joining the tiny list of playing Fifa Games and Guitars. To celebrate this I’ll be throwing up some longer features and articles over the next few weeks.

At the time of writing the site has 750 posts, 1,450 followers, 6,850 article shares, almost 2,000 comments, and (since stats began in 2011) hits from almost every country in the world – including a bunch I didn’t know even counted: New Caledonia, Vanuatu, Aland Islands, Eritrea, Benin, Belize, Martinique. Big shout out to the USA too, who make up twice as much traffic as my home country, the UK! Modest as they are, I never thought this tiny blog would ever get stats like that.

Regulars will notice that the site has slowed down a little, but I do intend keeping it up – I’ve recently moved to the Scottish countryside and got an awesome dog, leaving me with less time to write new content.

Thanks to everyone that’s visited, read, and commented on this site over the past five years – and to all of the other movie reviewers doing the public a solid by being a film blogger!

Hope to see you all around in another five years.

My favourite posts from the past five years

Commentary on the fusion of Korean and Hollywood cinemas 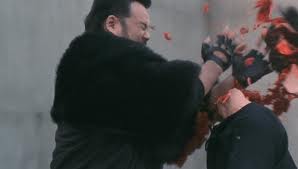 Does the Film-maker have a moral responsibility?

Your favourite posts over the past five years (most hits)

Battle Recon: The Call to Duty

A Rant about The Only Way is Essex