Raw Deal: after his dismissal for roughing up bad guys a disgraced but loyal ex-FBI agent is called back into action to infiltrate and prosecute a Chicago mob. This film is somewhat unique for its wildly uneven tone that jumps between bawdy and camp comedy (“You shouldn’t drink and bake at the same time, aye aye aye”) in one scene, and in the next he’s probably tossin’ grown men across rooms before shooting them in the face. There’s a good number of action scenes and they’re mostly centred around TOTAL HAVOC and MAXIMUM DESTRUCTION; Arnie blows up an entire chemical plant to fake his own death, drives a tow-truck through a building, has an epic nightclub shootout, demolishes a construction site… There’s even a five-minute scene of Arnie just cocking, locking, and loading a suitcase full of guns before his final rampage. The rest of the film is fairly by-the-numbers; old guys in suits being corrupt, comically inept Chicago mobsters who couldn’t whack a whack-a-mole, let alone a bozo wiseguy. The direction is good, but unremarkable, other than a Jaws dolly zoom shot. Sitting between Terminator/Red Sonia/Commando and Predator/Running Man – this ‘c-c-c-combo-breaker’ film has understandably become an overlooked entry in the Arnie Oeuvre – sure it’s a fun way of spending 110 mins with him, but lacks the elements of a ‘Classic’ Arnold outing – with the film’s pitiful ‘zinger’ (“Resign or be prosecuted“) being a prime example of this.

Sex and Fury (不良姐御伝 猪の鹿お蝶, Furyō anego den: Inoshika o-Chō): decades after her father is murdered, a pickpocket finally tracks down his killers. This one’s a mix of period revenge and softcore / (s)exploitation film – better known in Japan as the Pinky Violence genre. Unlike most exploitation films the visuals in this movie are often breathtaking: the entire film is framed perfectly, with creative camerawork, and sumptuous, colourful, pop-art combinations of sets, clothing and make up. I would love to see the damage that one of these visionary Japanese directors could do with today’s equipment and budgets. The set-pieces are equally astonishing; a butt-naked lady chopping her way through a gang of swordsmen in snow – it’s a true spectacle to behold, and never feels seedy. International star appeal comes from an infamous Western actress Christina Lindberg (Thriiller: A Cruel Picture), who delivers phonetic lines with little heart – definitely the weakest link in the picture. It may be unfair to compare as the lead actress Reiko Ike is sensational – she’s sexy, smart, dangerous, and you could get lost in those fiery eyes. There’s lesbians, slaves, gambling, drugs, sex, nudity, violence, fetish, swords, guns, nuns, blood… it’s a full house or B-movie buzz word bingo – and as for the ‘Sex and Fury’, the balance is tipped more towards the knockers than the knives. There’s only two real missteps in the film – the gay “ooohhh eeerrr” character (although he’s only in 2 scenes) and that the focus is split between 3 goodies and 3 baddies, which somewhat over-complicates what should be a straightforward revenge movie. In an era where the UK and US were churning out cheap and tacky Video Nasties with the odd notorious – censored – scene, Japan was putting out full-on high-quality exploitation films: containing 50% blood-fest, and 50% boundary-smashing sexualised nudity. Imagine you took a slasher film and gave leading parts to good actors, had a visionary director, and a major studio behind it! This is definitely part of the golden era of stylish, well directed, well acted, rock solid exploitation movies – 40 years old and still a highlight of the genre.

Below are a sample of screenshots / screencaps to give you an idea of the film’s style.

Breaking Bad (Season 4): The pressure’s turned up even higher as Walter White and his protégé Jessie Pinkman play a dangerous game of tactics with Mexico and ABQ’s top drug kingpins. This is the first season of BB that comes out of the blocks sprinting, starting dramatically, with the coldest murder to date. Almost every episode has a narrative purpose, story & character development and some solid drama – it’s not just about the characters anymore (finally). Needless to say the acting is some of the finest on TV; Walt and Jessie continue to evolve, but it’s Gus who shines brightest as an ever-calm, focused, calculating, courteous, professional, ruthless, business-minded, innocuous drug lord. Hank gets a lot more time, and a gripping sub-plot as he does some top investigation work; as does Mike, Gus’ hardened, dryly comic right-hand man. Visually, the show is like nothing else, with so many innovative & beautiful time-lapses, montages, and knockout camera shots. They’re often unusually high or low which sticks out; attached to an object (like a shovel or self-navigating vacuum cleaner); and sometimes stuck inside / behind / under something – a pipe or oven – and there’s even a dodgy ‘filming up through glass pretending to be underground’ shot. The show’s visual flair is one of its best and most unique features, and something that always keeps you on your toes. The tone also becomes more eclectic as everything closes in on Walt: synth music and manic laughter wouldn’t feel out of place in The Shining, and there’s some flat-out slapstick moments like Walt scrambling around his house trying to evade hitmen. Season 4 is when Breaking Bad finally makes the leap from good to fantastic and unmissable TV; every aspect is continually improving and evolving in to everything you could ask of a show; stylistically, plot-wise, and such 3D characters – which comes together to produce a final product that is entertaining, thrilling, dark, funny, ‘gritty’, and believable.

Quentin Tarantino Presents – My Name is Modesty:  based on the Modesty Blaise comics, this film tells us her background during a casino heist. It’s an internationally confusing film; the DVD cover makes it look like an Asian gang-thriller, it appears to be shot in Eastern Europe, supposed to be set in Spain (or Morocco?), featuring Hong Kong, European and American leads. The script is pretty terrible, with amateur written all over it, and isn’t helped by several foreign actors having to speak varying degrees of English. About half way through it starts to dive in to the cheesiest, clichéd backstory in the history of B-Movies – how Modesty learned her skill set from a wondering academic that also happened to be well versed in kung-fu, archery, etc. Everything else reeks of cheese, right down to the “wave your hand over dead people’s faces to close their eyes” trick. The story judders along with not much happening until a single, pithy, action sequence at the end. The film was rushed due to a rights issue, but if this is the best a studio can do for an action-packed, saucy, successful female spy comic, they deserve to lose it and let someone else have a shot. At a meager 75 minutes, such a short movie has never felt this long – with terrible production, script and ropey acting, I’ve seen better TV pilots.

Note: the DVD does have several of long interviews with QT and the cast, and Modesty Blaise creator. 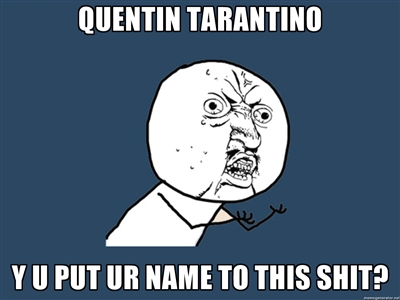 Casino Jack: the rise and fall of top Washington lobbyist Jack Abramoff, after his increasingly flaky attempts at influencing politicians lead to some ugly outcomes. It’s quite an interesting story, that’s part drama and part comedy / political satire. The film’s at it’s best when it’s dramatic: both Spacey and Pepper are red-hot, top-drawer, scene stealingly good. The comedy moments cover everything, from solid gags and witty lines all the way down the scale to unnecessary quirk – most annoyingly, Spacey‘s cinephile character bursts in to (some pretty good) cinematic impressions in every second scene. The direction matches what’s on screen, ranging from sensible handling of the dramatic moments, through to playful snappy quick-cuts and comedy timing. While the tone leaps all over the entire spectrum, there’s enough good performances, and moments of drama / satire to keep this watchable and entertaining. Not least, the film’s good for bringing Jack Abramoff, and his insane life story to your attention.

Cassandra’s Dream: two brothers in financial trouble turn to their wealthy uncle for help… First off, this has more simplistic teenage-level melodrama than a papa roach album. It’s also full of good actors doing terrible acting, with dodgy accents… it’s hard to tell if it’s the shit script, stock characters (forenames only – a major pet hate of mine), soap-opera story or just bad direction. The characters are established through teeth-grindingly clichéd dialogue, not to mention that the entire story can be guessed at least ten minutes ahead at all times. To top it all off, it’s yet another Woody Allen film set in a romanticised version of a city, crammed with ra-ra artisan characters who have old-timey sensibilities (like a countryside drive in the old motor to a meadow picnic). By the time that Tom Wilkinson gets to inject a bit of acting and class in to this the film is already dead. Cassandra’s Dream is a piss-poor excuse for a tragedy; the biggest example of which is that this is what Allen’s career had come to.

Intacto: This Spanish gem was much better than I remembered first time round. Based around the idea of luck, and how it can be stolen, it’s kind of like The Cooler – only it doesn’t suck ass. Max Von Snydow puts on a great performance, as do the rest of the crew. Good, original, thriller although I expect that it’ll be butchered by Hollywood in the coming years now that they’ve ran out of ideas.

Note: If you do like intacto (or films about luck / gambling / underground betting) another great film to check out is 13 Tzameti. Check out the original before the US re-make comes out…