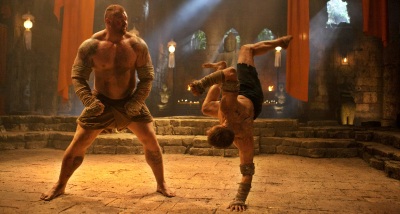 Kickboxer: Retaliation – a year after killing Tong Po to avenge his brother’s murder, MMA champ Kurt Sloan is kidnapped and forced to fight a new underground deathmatch champion. After a dubious opening Bond-lite salsa dance / train fight, the film is rigidly punctuated with some outstanding action set pieces. The choreography in a couple of the fights is jaw-dropping, especially the single takes at the jailhouse (3 mins uninterrupted), and riverside rumble (inexplicably set to the Surfaris ‘Wipe Out’). The ‘Final Boss’ fight against Game of Thrones’ “The Mountain” is 20 minutes of bone-crunching savagery that reaches previously uncharted levels of OMGWTF twists and turns. Outside of the fights however, the film doesn’t feel particularly well put-together: the direction is weaker than the previous outing – jerking between various scenes, locations, filler Thailand Tourist Board type shots…  and there’s no attempt at updating anything about the generic 80s action plot. Cast-wise, almost everything else is in the shadow of Moussi’s physicality and technical ability: Bjornsson is an intimidating force (when he’s not strumming an acoustic guitar for no reason!); JCVD’s charisma brightens up his scenes; Tyson hams it up and gets some laughs; but disappointingly, Christopher Lambert has nothing more to do than growl some threats and react to big hits (away from everyone else). What it lacks in originality and direction, Kickboxer Retaliation makes up by leaving no stuntman unscathed and no prop unsmashed; the fight scenes are top-drawer, and it makes you wish that Alain Moussi would get the chance to go toe to toe with the likes of Iko Uwais and Donnie Yen. 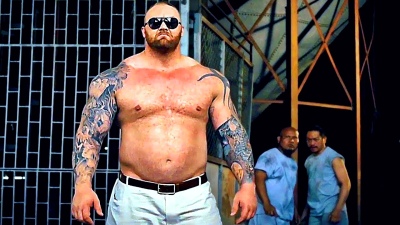 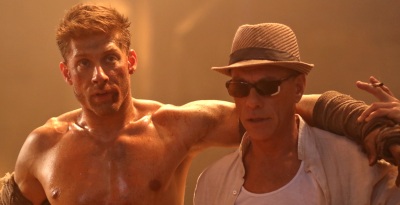