Air Doll (空気人形): a lonely singleton falls in love with the blow-up doll that has replaced his girlfriend; and one day she comes to life (this could only be Japanese). The first five minutes are an explosive combination of funny, creepy, peculiar and entertaining. The remaining two hours however is essentially a grating portrayal of childhood innocence, but here’s the kicker: it’s played through the eyes of a sex doll!omfg!! The moment you notice this is the moment this film bursts. It’s full of ludicrously whimsical and increasingly pretentious ‘life lessons’ about what makes humans human, played through a handful of seriously irrelevant stories and sub-minor characters (which I guess is to beef up the runtime). It also features one of my biggest pet hates: the doll gets a job in a DVD rental store so the director can crowbar in a bunch of his favourites / influences / kewl moviez. Worst. Trope. Ever. There are a couple of funny-ish cultural confusion moments, but they’re balanced out by several close-up shots of a removable rubber vagina being washed in a sink: can you say “shock value”? In fact, the only saving grace is the lead actress Bae Doona who does a great job and for the most part doesn’t feel the slightest bit human. Other than the first five minutes this is literally – and figuratively – as exciting as spending almost two hours watching something slowly deflating in front of you. Air Doll comes off the rails far too quickly, never picks back up. 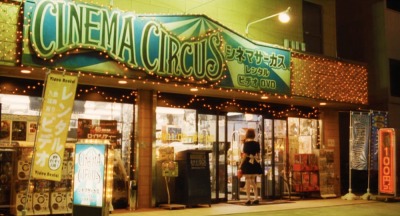